HAIRSTORY IS DEDICATED TO HELPING PEOPLE RETHINK EVERYTHING ABOUT HAIR IN A WORLD WHERE THE OLD RULES DON'T APPLY.

Everyone has a hair story. For some hair is a shield; for others it’s a beacon. Our relationship to our hair evolves as we do, but beauty companies ask us to focus on what goes wrong rather than right, adding fuel to our self-loathing. What if we could learn to love what we’ve been taught to hate? Hairstory products help liberate us from negative norms that limit the expression of innate beauty.

We asked some provocative questions about hair care and came up with some surprising answers: Is shampoo the best way to wash? (No. It’s the worst.) Why are there so many shampoos for every type imaginable? (More stuff = more revenue.) How many hair care products do the best hairdressers in the world actually need? (About 6, tops.)

We also invented a new way to sell products: No regional distributors; no big-box retailers. To our knowledge, we are the first to reward hairdressing professionals for referring other professionals to sell our products. This is a breakthrough that could change an entire industry.

The Hairstory staff is a well-balanced mix of analytical and creative minds, and all have a seat at the table (one large table, in fact). We are deeply individualistic, and yet we all share a passion for the environment, which is why we are proud to be a contributing company to 1% for the Planet.

Jackie Bauer (product development, operations, marketing) left her hometown of Miami, Florida to pursue a dream of becoming a ballerina. She was admitted to the nation's premier ballet boarding school, and finally to the American Repertory Ballet in New York City. A career-ending injury forced her to seek opportunity at the Estée Lauder Companies as executive assistant to the President. In 2003 Jackie joined Bumble and bumble as director of special projects; in 2006, she left to pursue other projects: Producing Vidal Sassoon the Movie and Vidal Sassoon the Book. Jackie re-entered beauty products with the launch of Purely Perfect as Vice President. Today she heads Hairstory product development, maintains the integrity of the products she co-created, devises process guidelines, and ensures that our marketing efforts are sharply focused and well-coordinated.

Mauricio Bellora (president) is the force behind the company’s sales effort and the architect of our direct selling model. He is both scientist and businessman; he is a Doctor in Pharmacology and Biochemistry at University of Buenos Aires, where he was also professor of microbiology, and an International Master of Administration at INSEAD, France, and studied at UCLA Leadership Institute. He was the youngest country manager at Allergan Pharmaceuticals before becoming regional president and introduced Botox to Latin America; was country president for Mary Kay Cosmetics, international CEO of Natura Cosmetics, and CEO at Monavie. He has also been published in science magazine Antimicrobial Agents and Chemotherapy, among others.

Alexander Brebner (creative direction) was raised in bucolic Marin County, California, studied graphic design at Rhode Island School of Design before joining the migration of graduates to New York City. His claims to design fame are working at M& Co. in its prime with Tibor Kalman, and creating the collection logos with his own hand for product legend Bumble and bumble where he served as visual brand steward and a vice-president through the mid-’00s. His involvement with Hairstory began with the earliest discussions about creating an alternative path for our industry, and his facility in both visual and written language drives our marketing. 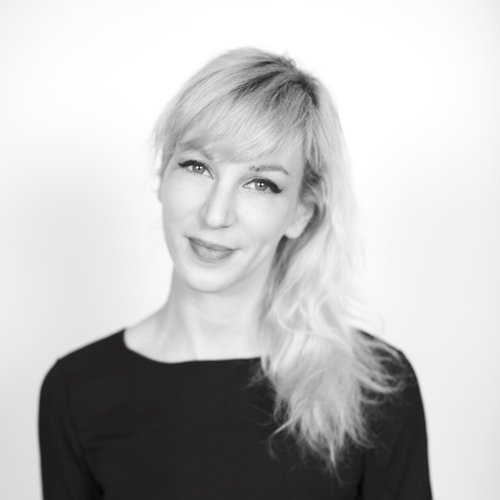 Aline Decat (customer service) took a long and winding road to Hairstory. Born in Belgium, Aline graduated with a medical degree, speaks four languages, is an accomplished artist, plays roller derby, has worked in video, has been a model, loves fashion, music and art in general, and is unflappable even when ear-to-ear with the least satisfied of customers. Be nice to her if you ever find yourself in need.

Jason Devastation (hairdresser) was educated and cultured in San Francisco, and refined and honed in NYC. Jason brings together the best of both worlds: A creative and intuitive approach supported by rigorous, elegant technique – enhancing what exists by taking away what is unnecessary – results in effortless and impactful style. For inquiries about services and booking, visit jasondevastation.com.

Julia Elena (colorist) was born and raised in Louisiana, trained at Aveda cosmetology and moved to New York to pursue happiness in a city that never sleeps, and surround herself with creative people. She found her way to Hairstory Studio and began her journey as a colorist working next to Roxie Darling. She also loves dancing salsa and painting with watercolor and acrylic on canvas. For booking information click here.

Sierra Gabriele (coach) is a Florida transplant by way of Maryland. Her background in business and operations management means she loves looking at numbers, finding patterns, solving problems, and making stuff happen. She spends her time in NYC hanging out on rooftops, petting dogs, pursuing great hair, watching her plants grow, style-stalking creatives, and driving business. Some other details: She’s a dog mom; she plays roller derby for Gotham Girls Roller Derby, and she’s a Hair Balm super-fan. 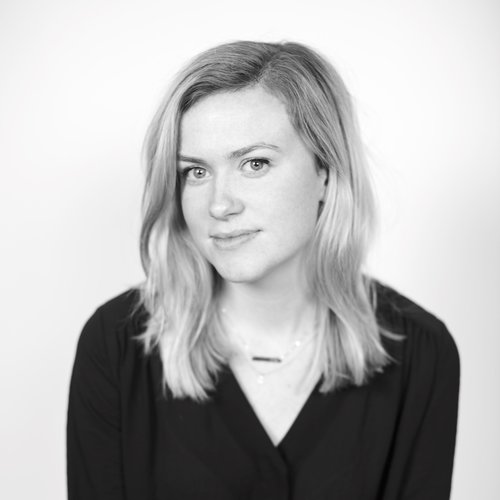 Emily Gilbert (admissions management) grew up in a small town in Massachusetts, and recently graduated from Chapman University in Orange, California. She moved to New York for the city’s vibrant culture and efficiency. Emily has always loved meeting new people and learning about their passions, which is why she loves her role helping hairdressers join Hairstory. In her downtime Emily loves walking around Central Park, eating pizza and getting her friends to try New Wash!

Eli Halliwell (Chairman and CEO) stopped using shampoo on November 22, 2014, and has never once gone back. Eli was so taken by New Wash that he quit his Wall Street job to bring Hairstory to the world. Before becoming a Wall Street investor, Eli started and/or ran several other companies, but, prior to launching Hairstory, his crowning career accomplishment was helping bring Bumble and bumble University to life. As much as he loves Hairstory, Eli’s primary passion is his family, cooking, gardening, long walks, and yoga. They also have a dog and usually a handful of chickens. 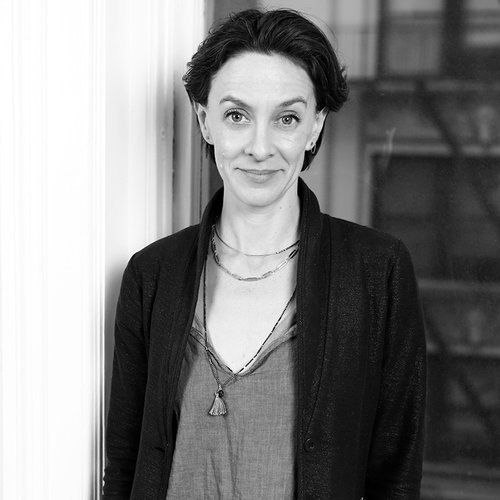 Erica Halliwell (CFO) was raised in Canada, is married to CEO Eli (the reason we often call this a family business) and is mother to 2 pre-teens (and occasionally all of us). Erica earned her undergraduate business degree at Queens University in Kingston Ontario, has been teaching Yoga since 2005 – you can find her twice a week at Yoga Works in Irvington, New York – and in our Studio when not working from home while balancing kid duty.

Hailey Harn (coach) grew up in sunny Seal Beach, California before studying Marketing and Finance at Elon University in North Carolina. One month after graduation, she quit shampoo and moved to New York City to join the Hairstory family. Passionate about working with people, Hailey loves learning the unique story of each hairdresser she introduces to New Wash. When she’s not exploring the city, she’s getting creative in the kitchen, planning her next travel adventure, or singing in the shower.

Dustin Heath (hairdressing assistant) was raised in Haleiwa, Oahu, trained at Vidal Sassoon School Connection in Los Angeles, and began his career in Austin, Texas where he learned that he was not a good fit for a “corporate salon.” He jumped at the opportunity to assist at the Fall/Winter 2012 Fashion Week in New York, worked with Sean Michael Bennet, a member of Ward’s editorial team, and assisted on shows for newer designers and brands such as Opening Ceremony, V-Files, and Dover Street Market. Hairstory offers Dustin the opportunity to work alongside like-minded hairdressers who offer a solid foundation for dealing with any kind of hair and its natural inclinations.

Lucy Nystrom (photography) joined us in 2014 as a photo assistant. A native New Yorker, she attended boarding school in New Hampshire and studied fine art and communications at Rollins College in Florida. As Lucy’s father, Dick Nystrom, is a professional photographer, she grew up on-set and developed a pronounced interest in photography in high school. She practices yoga on a regular basis and hopes to one day be a certified instructor.

Wes Sharpton (creative direction) began cutting hair at the age of 19 in Lawrence, Kansas. Seeking a bigger challenge, Wes made tracks to New York City, where he joined Bumble and bumble and began honing his skills giving cuts to everyone from cool, downtown kids to actresses, models, and beauty editors. Today, our ‘scissor wizard’ splits his time creating Hairstory content and working with a wide range of clients. He believes that finding the perfect cut is not about hiding imperfections or adhering to rules of face shapes, but rather flattering unique features and enhancing natural beauty. Wes credits Hairstory products for allowing him to give better haircuts, and New Wash for creating a healthier, consistent texture for everyone.