The History of Shampoo 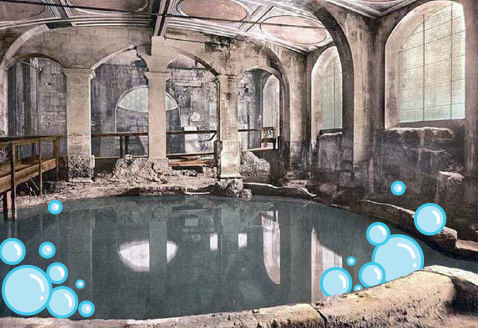 The history of what we call shampoo is a story that reaches back less than a century, but the origin of washing our hair is thousands of years old, or as long as we’ve had hair to wash.

Until modern science put the process under a microscope, hair was maintained with various inventions using readily available ingredients, animal, vegetable, and mineral. Follow along with the evolution of shampoo.

Cosmetic routines emerge from bathhouses to hairstyling, reserved for the upper echelon of society.

The belief becomes widespread that grooming and adornments separated humans from all other animals. Babylonian courts contain multiple bathrooms complete with clean, running water; soap made from animal fats boiled with ashes is stored in clay jars.

Egyptian cosmeticians harvest plants, such as lotus flowers, for essential oils, and combine animal and vegetable oils with alkaline salts to form a soap-like material for treating skin and for washing.

In Europe, Purity of the soul is emphasized over the cleanliness of the outer. In Japan, daily bathing becomes a common custom. In Iceland, pools warmed with water from hot springs are popular gathering places on Saturday evenings.

In Aleppo, Syria, soap is made by combining olive oil, sweet bay oil, water and lye, then heated, left to cool, cut, and left to age for seven months.

European soap making spreads with the arrival of Muslim soap makers in Spain and Italy. The Italian city of Castile becomes well-known among Spanish and European royal houses.

Castile soap travels all over Europe to England where it is imported in large quantities by sea. English hair stylists boil shaved soap in water and add herbs to give hair shine and fragrance. But besides irritating the eyes, most soaps are difficult to rinse, and leave a dulling film.

Early colonial traders in India discover hair and body massage, called champo, and introduce “champing” to Europe – and the origin of the word “shampoo”

Berlin chemist, Hans Schwarzkopf, opens a drugstore dedicated to perfume and focuses his efforts on hair care products, including a popular, water-soluble, dry shampoo that despite the convenience, still causes dulling, alkaline reactions.

Conditioner, which originated as “brilliantine,” is created by Frenchman Edouard Pinaud and introduced at the World Fair to soften moustaches and beards.

The New York Times outlines “simple rules” on How to Shampoo the Hair. It claims that hair is best shampooed at night, following thorough combing and brushing, and singeing split ends. Castile soap is applied with a stiff brush and rinsed four times every month to six weeks.

Hans Schwarzkopf introduces one of the world’s premiere liquid shampoos and launches his international empire of hairdressing institutes.

The first “built” detergent (containing a surfactant/builder combination) was introduced in the U.S. The surfactant is a detergent product’s basic cleaning ingredient, while the builder helps the surfactant to work more efficiently.

Chemists discover ways to suspend polymers in shampoo, to fill in the bumps and ruts where hair is damaged by detergent.

Ads featuring hair icons Farrah Fawcett and Christie Brinkley assert that it is unhealthy not to shampoo several times a week.

Chemists discover ways to suspend silicones in shampoo, resulting in “2-in-1” formulations and a flurry of patents. When rinsed, they are “triggered” by water to bind to hair, which can be hit-or-miss; large amounts of silicone are added to ensure that enough is left behind.

Thus began our collective love affair with shampoo and the sensation of lather on our heads. As with many products marketed to both professionals and consumers, shampoo became increasingly specialized to address a number of desires and conditions – thin, thick, curly, dry, oily, blonde, colored, ethnic, young, old – and to sell as much of it as possible. And for every shampoo, there is a companion: Conditioner.

The quest for a better shampoo has been the Holy Grail of hairdressing, but as long as detergent in its many modern forms is an ingredient, and as long as our love of lather continues, shampoo manufacturers will be essentially spinning their wheels. You could probably see this coming from the first sentence in this article, but Hairstory has rewritten the shampoo saga.

While we’ll always support the original spirit of the word and love a good scalp massage as anyone does, New Wash is the most significant evolution of hair cleansing in ages – and may just be the final chapter in the shampoo story.

Noticing Changes in Hair Texture? A Stylist’s Guide for What to Do Next

Dandruff vs Dry Scalp: Causes, Treatments, and How to Tell the Difference